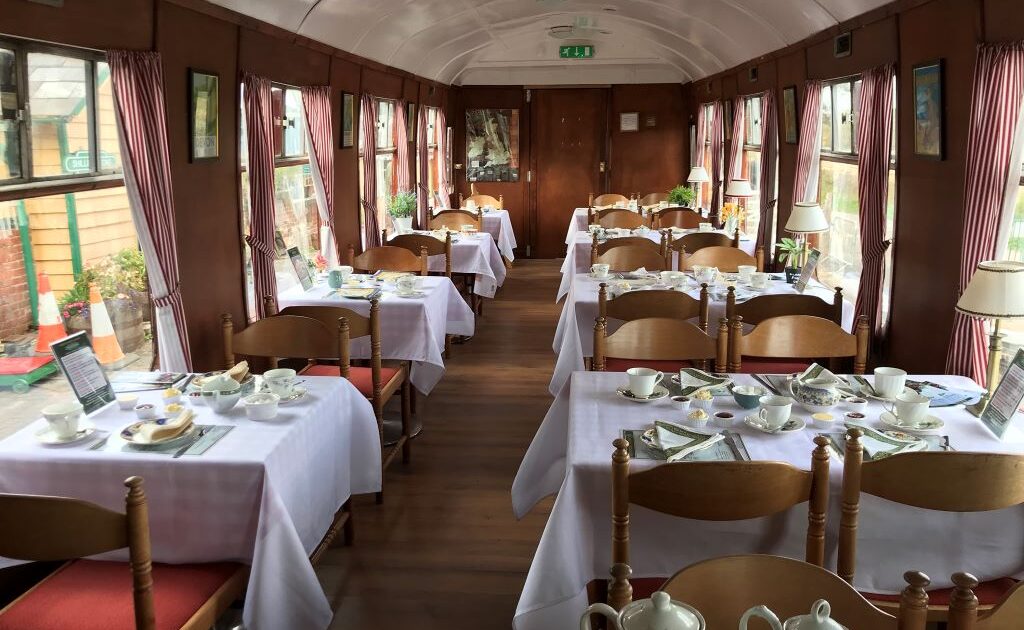 A disused station, to the west of Blandford Forum, on the Somerset & Dorset Railway (S&DR), now brought back to life by a dedicated group of volunteers within a charity called the North Dorset Railway. In 1862, the Dorset The Dorset Central Railway (DCR) amalgamated with the Somerset Central Railway (SCR) to form the Somerset & Dorset Railway (S&DR).  At that time, the DCR line stopped at Blandford Forum going north from Wimborne Minster. Another section was built from Templecombe to Cole near Bruton where it joined the SCR line to Burnham on Sea and the Bristol Channel. The result of this ad hoc building was a gap between Blandford Forum and Templecombe. The first task of the S&DR, was to fill this gap and build five stations, with one of the new stations being at Shillingstone. This work was completed in 1863, and through trains from Wimborne Minster to Burnham on Sea were now possible, and  connecting with the Corkscrew railway at Wimborne, meant that coast to coast railway transport was possible in the West Country. The line became a casualty of the Beeching cuts in 1966, and fell into disuse. About twenty years ago, a small group of heritage railway enthusiasts discovered Shillingstone Station and began negotiations to acquire the buildings and yard from the County Council. Finally, and after several years of uncertainty as to its future, the station was leased to North Dorset Railway Trust in 2005 for 99 years and in 2019, the North Dorset Railway was formed replacing the former Trust. Since then, the station, line, and rolling stock have been restored and the station is now a thriving attraction with ambitious plans for expansion. With a shop and cafe serving cream teas in a renovated railway carriage, and with connections to walking routes in the area and along the disused trailway, Shillingstone Station is worth a visit all through the year. Click on the link above for more information.